The newly released live album from “The Boss” features those two well-known tracks, which were played on the first of two nights at the Boston Garden in 1992.

“Human Touch,” the single off the album of the same name, was released on March 21, 1992. The original recording of the song featured Randy Jackson of American Idol fame on bass guitar and Toto’s Jeff Porcaro on drums. “Lucky Town” was the title track from the accompanying album released on the same day as the Human Touch album, March 31. 1992.

A range of tracks in the 28-song set get the live treatment including “Trapped,” “Badlands,”  “Souls of the Departed,” “Born in the U.S.A.,” “Thunder Road,” and Springsteen’s beloved holiday perennial “Santa Claus is Coming to Town.” 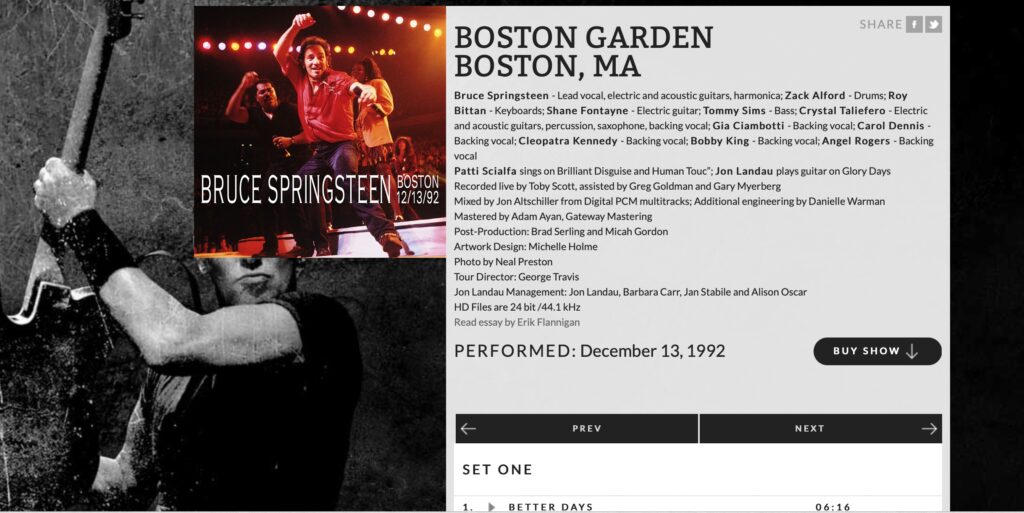