With the new album, Push on Thru, North Carolina-based Rich Lerner and The Groove show they know how to succeed.

It’s an inspiring title song and the collection on the record is an impressive group of funky Americana,  much in the vein of late 1970s-style rock and roll.  They create cool harmonies, great stories and Rich Lerner’s voice is warm and appealing. And the guys have been making catchy music for years.

Check out Push on Thru on Spotify: https://goo.gl/cfEJ6G

‘Not The First Rodeo’

It’s certainly not the first record for these musicians. 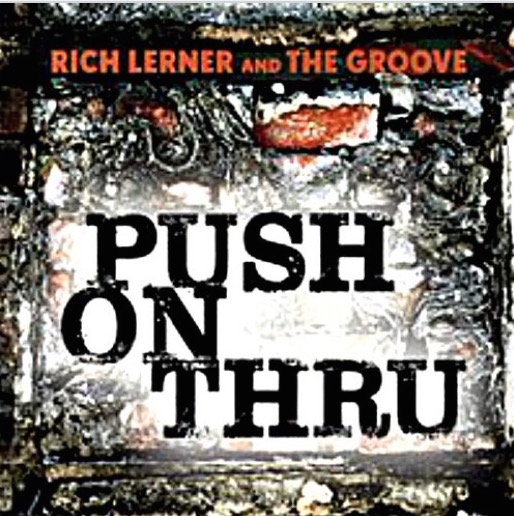 Many Genres from One Band

Steve Taub – keyboards. As for production: The album was recorded and mixed by Benjy Johnson at Earthtones Recording Studio, it was mastered by Ty Tabor, and produced by the band and Benjy Johnson.

Particularly of note are the songs “She Kept My Room Warm,” which is remincent of a island-style calypso tune; the rockin “You Can’t Keep a Good Man Down,” and the updated Flamenco-style “Soul Sistah.”