The two bands are planning a bi-coastal music festival this summer, according to reports, and supposedly an annual franchise is in the works. 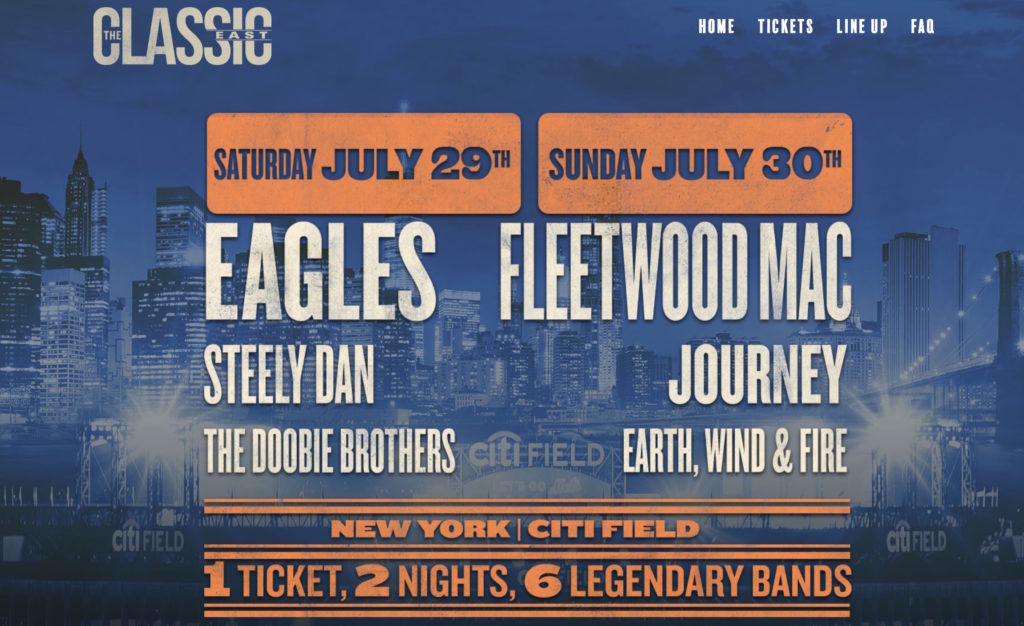 The festivals are expected to take place over two days and names like Jackson Browne have been mentioned as possible additional participants.

Classic East and Classic West will be the first concert performance by the Eagles since the death of band founder Glenn Frey in January of last year.

Classic rock has been recognized as driving force in live music, and gained widespread attention since the success of Desert Trip last October. The Goldenvoice-AEG blockbuster concert held in Indio featured Paul McCartney, The Who, Bob Dylan, Roger Waters and Neil Young and drew the 40s-plus demographic.

Nicknamed “Oldchella,” the concert pulled in an estimated  $160 million in revenue.