Proud Creature, the ambient-jazz project by Todd Brozman has released a new EP, Opening Creature and it’s a deep and moving journey through sound. The creative musician whose love of piano and organic auditory experiences continually push him into new territory sat down for a Q and A with East Coast Rocker’s John Daly.

ECR: How did you get these interesting sounds for the EP Opening Creature? Where do the sounds come from?

PC: All over! There’s a strong component of electric piano and synthesizer since piano and keyboards have always been central to my musicality. But there’s also a range of other recorded instruments and sounds in there as well. Some of the instruments I recorded include melodica, tea kettle, this other funny instrument I have that looks like a melodica but sounds more like a Peruvian pan flute, basically whatever I have laying around my apartment. I’ve also collected a lot of my own field recordings and such over the years and were able to incorporate those pretty extensively. On the album you can find recordings of a Hare Krishna music circle, crickets, thunder, a Muslim call to prayer, a Burmese bus attendant, a friend of mine jumping into a pool… it’s fun to see what you can make work.

ECR: Which musicians inspire you today?

PC: That’s tough… Over the past couple of years, I think the artist that has impressed me the most is Louis Cole. He’s this full-package other-worldly genius. Brad Mehldau for awhile now has been one of my main piano guys. He’s of course amazing. As for the past couple of weeks, I’ve been listening to some of the Japanese pianist/composers like Ryuichi Sakamoto and Yoko Kanno. They have such a way of refining music down to it’s purest essence. Yoko Kanno did the soundtrack for this Japanese movie a few years ago and the main theme is just gorgeous. I also got to see Nine Inch Nails for the first time this past year. That show definitely stuck with me — it was massive.

ECR: How do you determine what effects/sounds go with which tracks?

PC: I try to let it build pretty organically. The basis of tracks tend to be either some core improvisation that I fill out with a more robust arrangement, or some sort of drone or sound bed that the more thematic ideas then grow out from. It’s a lot of seeing what works and, begrudgingly, what doesn’t.

ECR: Pines for instance, actually sounds like wind through pines. Is it an image that comes to your mind before you create?

PC: Oh, I like that! This song actually began after returning from a weekend with some friends on an area of Fire Island known as the Pines. It was a rather blissful weekend so with the opening drone, I was trying to capture that state. The piece then grew out of that. It was capped off with the vocals that come in toward the middle. That’s a recording of a Muslim call to prayer from the streets of Yangon, Myanmar. I think I even recorded it with my iPhone. It gives the track an added layer of transcendental yearning, which then interestingly adds an additional meaning to the track title.

ECR: Are you a big fan of synthesizer — seems like you have a respect for the old school styles. What other instruments do you love?

PC: Synthesizers are great! The only hardware ones I own now are my Prophet Rev2 (which you can hear extensively on The Rookery) and my MicroKorg (which was the basis of Eastern Lines). I used to own a few more analog synthesizers in the past, but these days room and budget keep me from getting carried away. As for other instruments I love – piano, piano, piano. That was my first instrument and passion and continues to be very central to me.

ECR: What were the moods for your various creations on the EP? Where are you at this point in your life is your place represented in the music?

PC: It’s really exciting to be putting out a solo production and to be producing under a moniker where I can be very open and free. To me, the first track Major Trouble feels like that excitement — as if the creature is being beckoned and emerging from the wild jungle, if you will. Excited, chaotic and funky…I hope.

Discovery of the Future and Pines get into the whole transcendental, spiritual dimension of things and reflects some of my own explorations of that nature from the past few years.

The Rookery to me is a nature vibe. Specifically the Floridian Everglades. I spend a few days down there with friends every summer. The flora and fauna there is just so alive, dense and mysterious. Even the air itself seems to be abuzz and alive.

Eastern Lines is kind of a meditation on travel and transience I suppose. The feeling of floating and being up in the air. The voice that comes in is a Burmese bus attendant informing us that we will be stopping briefly for restroom and refreshments. She’s taking care of us.

ECR: What do you think is the future of jazz and ambient music?

PC: Who knows. Ambient music may be on the rise. Life and culture is so increasingly stimulating that ambient may be further sought as a means for slowing down and centering oneself. Jazz at its heart is a genre meant to be appreciated live. I hope people keep going to see live jazz. Everyone owes it to themselves. As long as that’s happening, jazz will be good. 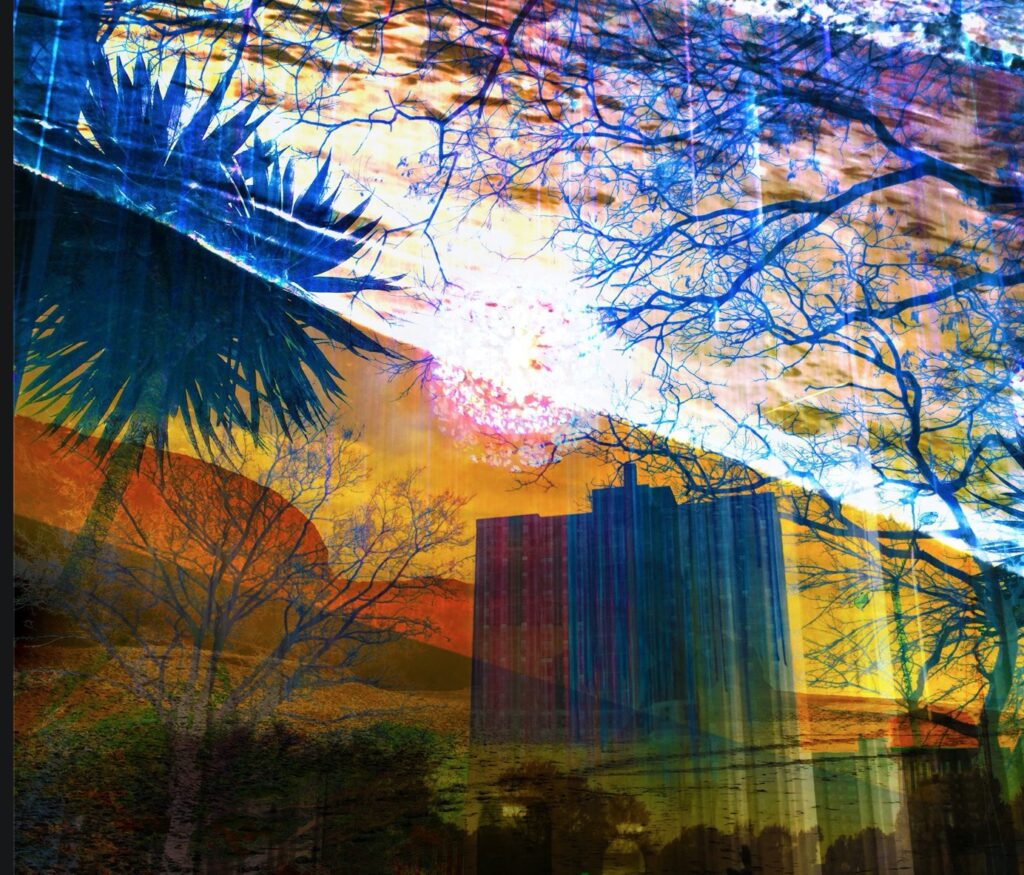 ECR: When we resume our lives, will you be playing these tracks live somewhere?

PC: I hope so! I’m theoretically moving to Chicago in a few months. If I make it there, I’ll be excited to explore the live scene and start putting a live set together.

ECR: What do you recommend for musicians today?

PC: It depends on what your goals are. If you’re looking to do music professionally, I can offer my humblest respects but probably not much in terms of advice. I guess I’ve been a ‘personal’ musician more so than professional one. If that’s the case, I think what is most important is to know and be honest with yourself. Whether your music is stern and serious or ridiculous and fun, it still has to be honest.

Also very important – if you’re listening to something you worked on the other day and you’re like “wow, this is friggin’ horrible” or “what a bad decision that was” – learn to not let that threaten your notion of yourself as a musician. It seems to be something even the greatest of artists have had to learn. It’s just part of the process.

ECR: What advice do you give for musicians over the next 6 months or so, are there technologies or advances people can learn?

PC: I’d say don’t get too hung up on advances and technologies unless that’s the main bent of your work. It’s certainly not mine even though I think all that stuff is really cool. But I’d say work with what you’ve got and focus on your ear and soul. It’s easy to think that next tutorial or that next expensive piece of gear will unlock your voice and potential. But in the end you just got to do the work — on yourself and your craft.