Damon Albarn shares his light with the new album The Nearer The Fountain, More Pure The Stream Flows, which will be released by his new label home Transgressive Records this November.

Originally intended as an orchestral piece, The Nearer The Fountain, More Pure The Stream Flows was inspired by the landscapes of Iceland. Albarn developed 11 tracks which delve into the realms of loss, fragility, emergence and rebirth. The  album title is taken from a John Clare poem Love and Memory.

“I have been on my own dark journey while making this record and it led me to believe that a pure source might still exist,” Albarn said.

Like the natural world it emulates, The Nearer The Fountain, More Pure The Stream Flows documents the ebb and flow of the human condition in all its extremes, Albarn said.

The Nearer The Fountain, More Pure The Stream Flows Tracklist:

In addition to a digital release, there is expected to be limited edition color vinyl formats, plus CDs and cassettes. There will also be a deluxe version of the album, taking the form of a casebound book with additional photography, original scanned lyrics and artwork from Albarn, along with a clear vinyl version of the album, a high quality digital file and a bonus 7-inch,  featuring an exclusive song from the recording sessions.

Check out Damon Albarn on Spotify: 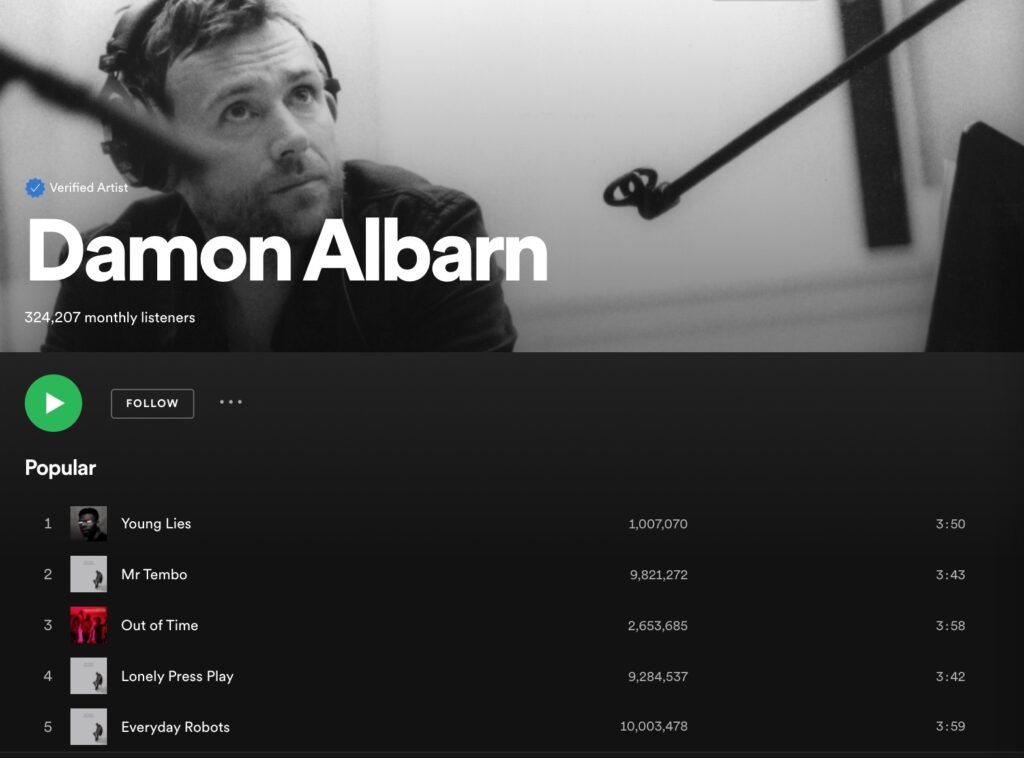 Albarn debuted a set of songs from the album as part of the Live At Worthy Farm event last month, highlights of which can be seen on BBC iPlayer from June 24th, ahead of a BBC Two documentary ‘Live At Worthy Farm: Backstage’ at 9 p.m. on Sunday June 27.

For tickets and information, go here.

Albarn is a founding member of Blur, Gorillaz and The Good, The Bad and The Queen, he is the recipient of six Brits, two Ivor Novello Awards and a Grammy Award.