Charles Scandura and his ensemble Lightning Hunter have assembled a beautiful new release called Beyond Beyond that carries the listener to an ethereal, dreamy destination.

There’s a philosophical bent to the ideals behind the tunes. They’re simple yet challenge the “norms” of todays musical compostiions.

Don’t expect a straight structure from the tracks on this album, the selections on the new record are sweeping works that draw the listener into an exquisite, other-worldly experience.

Listen to Beyond Beyond on Bandcamp: 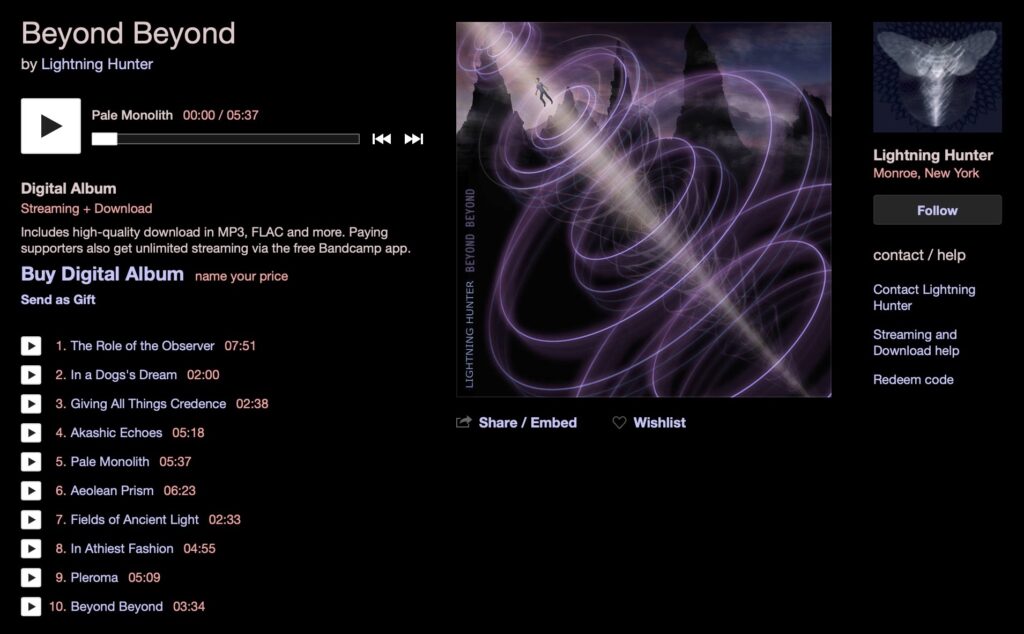 It’s an interesting marriage of alternative, shoegaze and punk as these New York State-based musicians are succeeding at a genre some might call experimental. It is orchestration that could easily be used as the backdrop to epic films on the big screen.

Lightning Hunter is an offshoot of Scandura’s band Negativehate, which generates a similar vibe and performs live.

“In a microcosmic flash, we are born. Before the light falls, we return to the eternal nebulous mist from which we formed. In that infinitesimal span, we create a record through memories, images, and sound, of the life we lived.“

The new album is free.